The first curated artist at Kuusamo Arctic Residence Centre (ARK) was Jussi TwoSeven, who completed his largest commissioned work in Ruka in August 2021. The mural was a co-operative process between Kuusamo College, the Kripa-initiave, the City of Kuusamo, Ruka-Kuusamo Matkailu ry, Rukakeskus and Renta Kuusamo.

Jussi TwoSeven (Helsinki) was commissioned as the first artist of Kuusamo Arctic Residence Centre. He had never been to Ruka or Kuusamo. As he saw the 300 square meter wall, he was convinced that his scetch of running bears would be spot-on.

"In a sense this is an homage for the animals and the surrounding environment there".

The large mural was his most challenging to date. Eight running bears appeared on the wall under the bridge leading to the FIS-slope of Ruka. The mural can be viewed along the summer mountain bike route and the cross-country ski track during the winter. The most popular hiking route, the Bear Ring, starts by the bridge. Jussi TwoSeven is a visual art with his roots within street art and graffiti and presently he is one of the most established mural artists in Finland. http://www.jussitwoseven.com/ 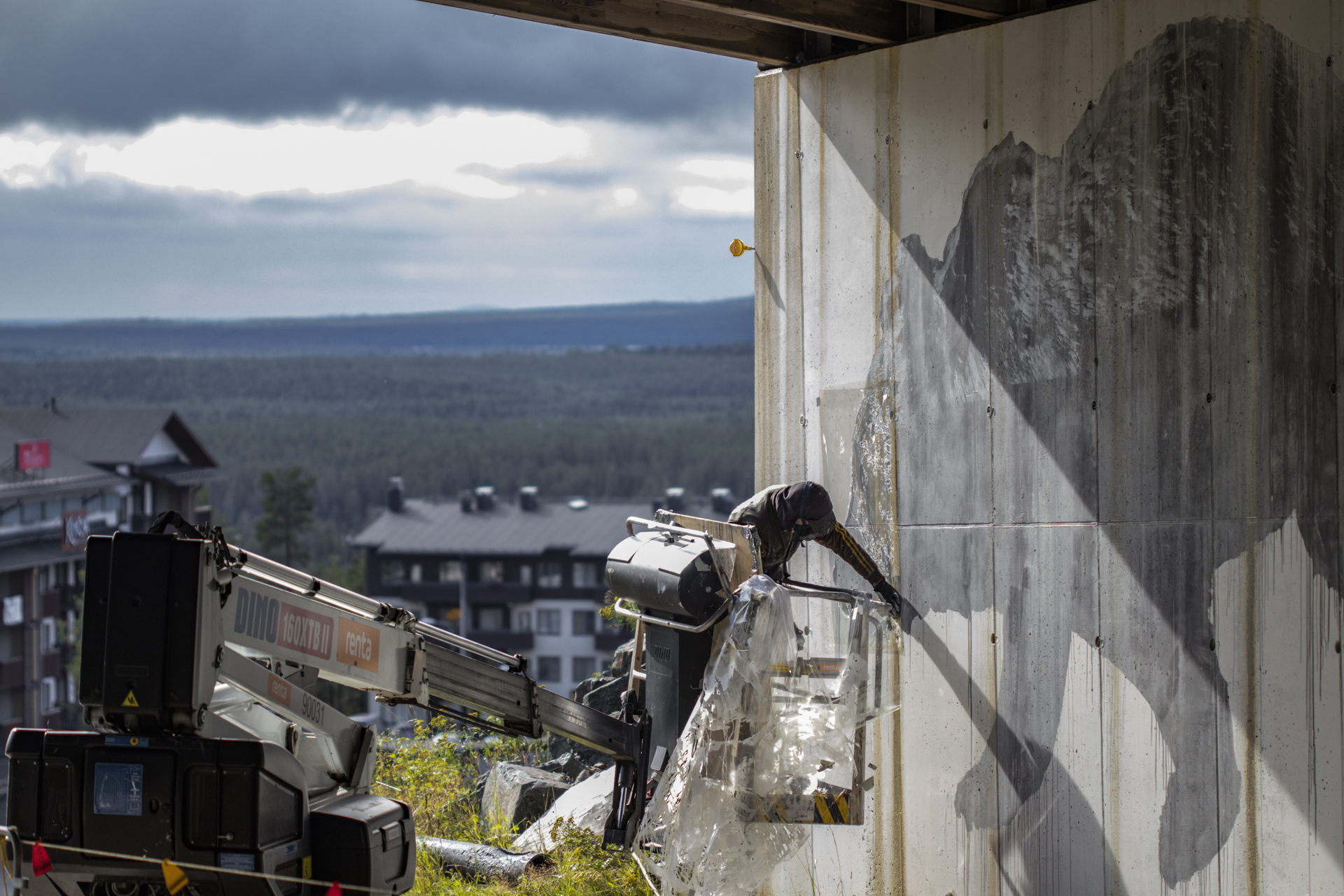